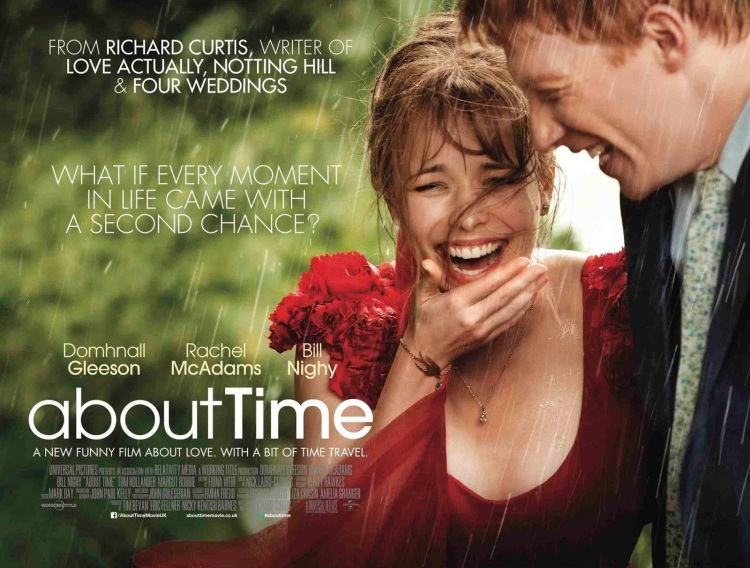 New in theaters this weekend from Universal Pictures is the latest film from writer/director Richard Curtis, “About Time”. Curtis’ third stab behind the camera after the wildly successful “Love Actually” and the disappointing  “Pirate Radio” (aka The Boast that Rocked) plays like the majority of his scripts about many relationships and how they intersect, but at its core is a genuinely moving and convincing tale of love between and father and son.

Written and Directed by Richard Curtis

At the age of 21, Tim Lake (Gleeson) discovers he can travel in time after Tim’s father (Nighy) tells his son that the men in his family have always had the ability to do so. Tim can’t change history, but he can change what happens and has happened in his own life so he decides to make his world a better place, by getting a girlfriend. Moving from the Cornwall coast to London to train as a lawyer, Tim finally meets the beautiful but insecure Mary (Rachel McAdams). Tim quickly learns though that time travel has rules and implications as an unfortunate time-travel incident means he’s never met her at all. So they meet for the first time, again and again, until finally he wins her heart. But through trials, triumph and heartbreak, Tim realizes that life is harder and much more satisfying all on its own without time manipulation. 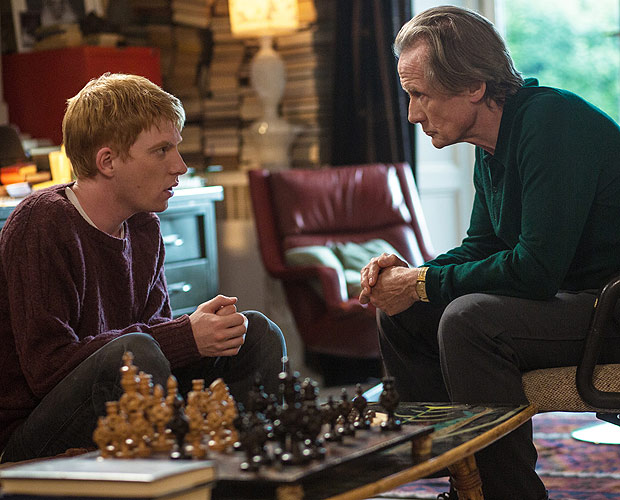 About Time is a real little charmer that will surprise audiences with its quality of story and features one of the better examinations of the relationship between father and son on screen in quite some time. Gleeson shows that talent does run in the family as the son of Brendan Gleeson is amiable, charming and effortless on camera, in many ways reminiscent of Hugh Grant in the Curtis written “Four Weddings and a Funeral”. The Tim character could have easily slipped into a dislikable lout if it had not been handled properly, but Gleeson infuses him with naiveté and charm that keeps the audience firmly planted in his corner. That said this film is all Bill Nighy’s as he is brilliant in the role of the father. Full to the brim with love, pathos and gravitas, his performance is masterful and should be the type that garners award consideration in the supporting actor category.

For her part McAdams has probably not been as likeable and cute onscreen since the original Guy Ritchie “Sherlock Holmes” film, and About Time proves to be a much better film about love and time travel than the mediocre “Time Traveller’s Wife” she starred in back in 2009. The rest of the supporting cast do great work as well. Curtis’ direction is assured and on point, the film does take a while to get up to full speed but when it does it practically flies along, something that was sadly missing in parts of Pirate Radio. About Time could have easily fallen to the generic and bland without Curtis behind the wheel.

There is something effortless about Richard Curtis tales, especially those dealing with love, that allows them to easily crossover between male and female audiences and About Time is no different. The film is a real winner and ranks with “In A World…” as one of the best romantic comedies of the year. Perhaps destined to fly under the radar, as smaller British films often sadly do, About Time is well worth the time to seek out in a theater near you.