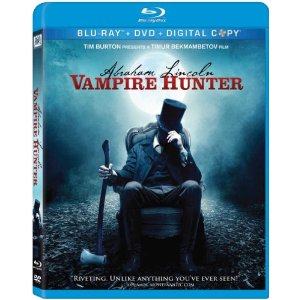 Now out on Blu-Ray and DVD from Fox Home Entertainment, Abraham Lincoln: Vampire Hunter is the teaming up of writer Seth Grahame-Smith, Producer/Director Bekmambetov and Producer Tim Burton, to bring the first of Grahame-Smith’s books to home screens. With its over-the-top visuals and absurdist premise, will Abraham Lincoln Vampire Hunter be among this year’s most fun purchases for your home theater or will it be this year’s Jonah Hex?

We first meet Abraham as a child as he interferes with the beating of a local black child, Will, and ends ups getting part of the beating himself. After his father and mother interfere on his behest, Abe’s parents are fired and their debt is collected in the form of a vampire attack resulting in the death of his mother. An adult Abe (Walker) goes after the man who killed his mother, Jack Barts (Marton Csokas), after his father’s passing. Upon shooting Barts Abe discovers that he is indeed a Vampire and is summarily beaten to a pulp until a mysterious figure interferes on his behalf. Abe wakens to discover that his savior, Henry Sturgess (Cooper), is well versed in the vampire nation and has been fighting them since he lost his own family to them. 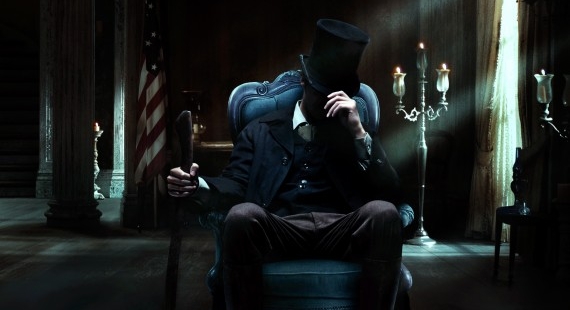 Henry takes Abe on as his apprentice, we get the obligatory training montage as Henry teaches Abe to focus his power and passes on the pertinent vamp killing info (in this tale silver can be used to strike down vampires), and it becomes clear that Abe’s skill doesn’t lie with firearms but with his trusty axe. Abe is sent off to New Salem in order to rid it of a vampire infestation hit man style with Henry assigning him targets. It’s here Abe meets Speed (Simpson), a local shopkeeper, the adult version of Will (Mackie) and the woman he would marry Mary Todd (Winstead). Things progress until Abe get the assignment he’s been waiting for in Barts. Soon after Abe’s successful destruction of Barts, he puts away his axe to focus on his political aspirations, but fate will intervene again many years later.

Abraham Lincoln: Vampire Hunter is one of the most ludicrous and insanely over-the-top films I’ve seen all year, and watching it again at home did not change the fact that I loved every minute of it. Bekmambetov plays out the entire movie with tongue planted firmly in cheek as the film never loses sight of what it really is, a goofy romp where nothing is out of bounds. The script is ludicrous in most parts, yet actually incorporates numerous real situations and events in Lincoln’s life, with the vampire slant of course. Thankfully everyone in the film seems to be in on the joke as well. Walker’s Lincoln is a straight laced proper gentleman but always has a mischievous look or smile not too far away; he is clearly having a good time. Cooper’s Henry Sturgess is a boozy vagabond with a troubled past, yet is never far away from a quick one-liner. Winstead’s Mary Todd is pretty much the one character played straight up, which is good as it reminds us that Abe’s actions will have consequences and grounds the film enough so that it doesn’t become so ridiculous that it’s unwatchable. Another standout is Sewell as the main villain. The effects work here is non-photorealistic, over-the-top and insane, but this adds to the overall tone and feeling of the film. 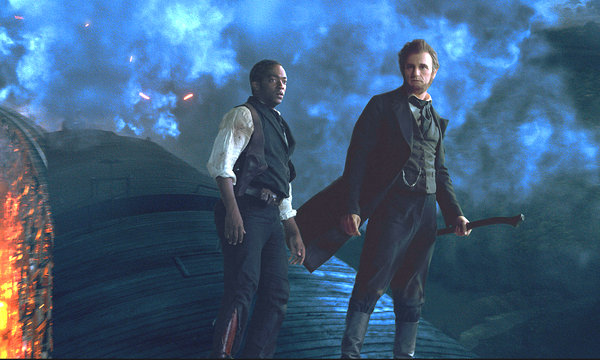 The Blu-Ray comes loaded with a feature length documentary on the making of the film that is informative and entertaining. We get a feature length commentary from writer Seth Grahame-Smith and a music video. Last but not least there was a fantastically executed special short film/motion graphic novel The Great Calamity.