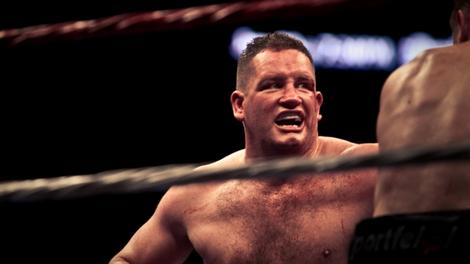 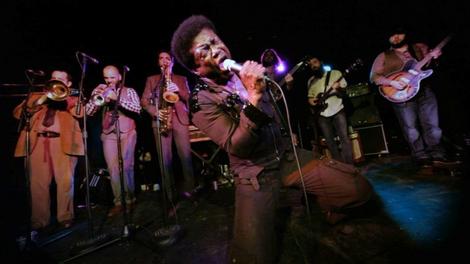 I Beat Mike Tyson and Charles Bradley: Soul of America stand to tell two stories of underdogs later in life still trying to fight for their dreams and beliefs. Charles is a James Brown impersonator who finally after years of disappointment is getting a chance to launch his music career at the age of 62. Kevin McBride is a Irish boxer who back in 2006 did indeed beat Mike Tyson in the ring. Years later McBride struggles with the decision to continue fighting as he does not want to be too beaten up to be able to play with his kids and family.

I Beat Mike Tyson starts by introducing us to McBride, a former Irish Olympic Boxer now living in Boston with his wife and three kids. Kevin is stepping back in to the ring after a short lived retirement because he simply cannot get away from the ring, Despite Kevin already showing ill effects from his previous fights, like slurred speech. He decides to take a title fight against a younger, superior opponent, convinced like his Tyson fight all it takes is one lucky punch and he can win. Unfortunately this is no real life Rocky. A well made look at someone who cannot let go of the sport he loves.

In the other film, Charles Bradley starts one month prior to the release of Charles’ debut album on Jan 25th, 2011. We first meet Charles as he arrives for a gig as his alter ego, Black Velvet aka James Brown Jr. Charles has this routine down pat, but he yearns to be able to perform his own music. A 62 year-old, Charles has an apartment in the projects yet still crashes on a dirty old mattress in his mother’s basement most nights as he is her main caretaker as well. Charles himself has a infectious charm and personality and you just want to see him succeed. The people of Daptone Records, Charles’ New Label, feel the same and we follow the days up to the official launch of the record and the launch party that night. We get some great sequences involving his New York Times review and his recruitment of people for his release party, which to Charles’ shock and awe is completely sold out. Along the way we are treated to searing performances of songs from Charles’ album.

Charles Bradley: Soul of  America has it flaws, the scenes in between the performances sometimes fall flat, but the performances are fantastic. I felt like standing and applauding in the middle of the theater after many of them. The fact that this real underdog has such a positive ending also helps sell the premise, and Charles deserves every accolade.

This is a strong recommend based on the stellar performances and the chance to learn about the man behind them is a bonus.

Make sure to keep up with all the goings on at Entertainment Maven by liking our Facebook page and having updates deliver right to your Facebook Feed. The only  way to stay on top of all of our articles, including more Hot Docs 2012 coverage.