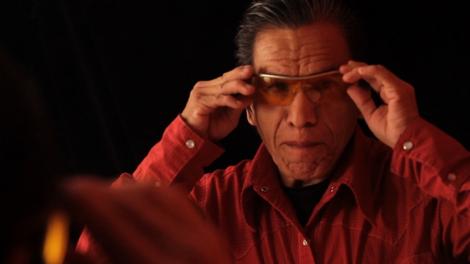 The Language of Love

Language of Love and Theo Fleury: Playing with Fire are teamed together at Hot Docs this year to make a very grim and difficult to watch double-bill. Both films are about sexual abuse and how the survivors of these abuses cope with their emotions and how long after the incidents still shape their actions today.

Language of Love is nothing more than a short interview piece, but the interviewee is the real story here. Stephen Lytton is a graduate of the residential school system of the 60`s on the native reserves in Canada. Stephen was repeatedly molested during his 16 years in the school as he was an easier target for the men running the school. You see Stephen suffers from cerebral palsy. Stephen goes into graphic detail of his attacks and how he has learned to cope afterwards. Language of Love is a very effective character piece.

Theo Fleury is a Stanley Cup Champion and an Olympic Gold Medalist for Canada. He`s also a substance abuser and recovering alcoholic who was abused repeatedly by his junior coach Graham James. We follow Theo after the release of his book, Playing with Fire. Theo takes us through his daily routine and his speaking engagement tour. He takes us on a tour of the places he played, where he is denied admission to Madison Square Garden in New York and the United Center in Chicago, all while describing his descent further down the path of drug abuse. Theo describes some truly scary things he has done in the past to procure drugs. Back in Calgary, Theo makes a truly sickening discovery amongst some old boxes while moving stuff around.

Theo Fleury: Playing with Fire plays like one of those TSN versions of an ESPN documentary. Very effective in parts with Theo’s interview and recollections, particularly in the after-hours wanderings through New York and Chicago, as he awaits the decision from the charges he has pressed against James. Ultimately the film lacks the theatrical sensibilities of the ESPN films, it was of no surprise to find out the film had been designed and optioned for a television release only.

If you know nothing of the story, or unfortunately know someone who has gone through similar circumstances then this film could serve as a very influential document. While I agree the message is extremely vital, Playing with Fire has more theatrical fizzle than fire. Theo Fleury: Playing with Fire makes its debut on HBO Canada on May 9th at 9 pm EST.

Make sure to keep up with all the goings on at Entertainment Maven by liking our Facebook page and having updates deliver right to your Facebook News Feed. It’s the only way to stay on top of all of our articles, including the last of our Hot Docs 2012 coverage.