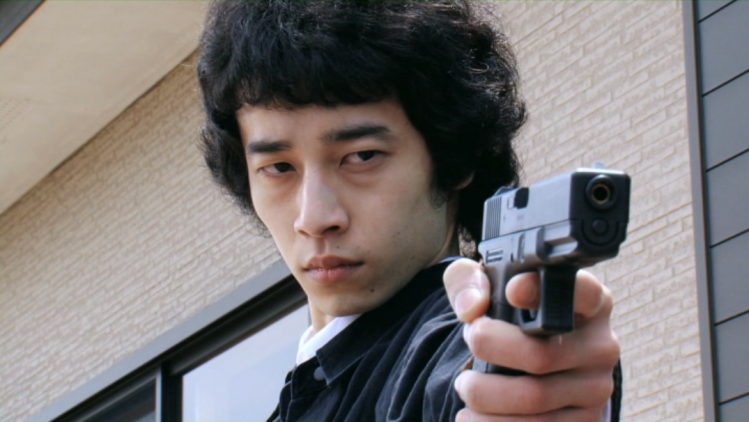 We have some very exciting news at Entertainment Maven – our first contest! Thanks to the folks at the Shinsedai Cinema Festival we have three, count ’em, THREE double-passes to give away to the July 14th (Sat. 7pm) screening of End of the Night at The Revue Cinema in Toronto, part of the Shinsedai Cinema Festival taking place from July 12th – 15th, and co-presented by CINSSU, the Cinema Studies Student’s Union of the University of Toronto. It’s easy to win, just follow the three easy steps below.

Please note that the contest is only open to individuals who are at least 18 years of age and who are able to be in Toronto for July 14th. Only 1 entry per person. Winners will be chosen at random from a pool of entrants who have completed the three steps. The contest will close at 11pm on Tuesday, June 12, 2012.

3. E-mail us at entertainmentmaven@gmail.com, putting End of the Night as the subject, and tell us YOUR name and the name of your favourite cinematic assassin!

Winners will be contacted at the e-mail address used to enter the contest.

Advance tickets for the Shinsedai festival go on sale June 21st. Screenings will take place at The Revue Cinema. 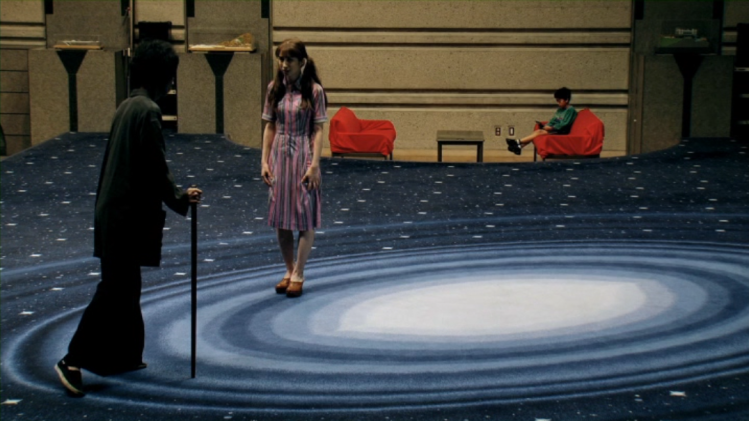 Synopsis: After sociopathic hitman Tamegoro (Masayuki Shionoya) coldly dispatches a young married couple he decides to take something home from the bloody murder scene – the couple’s infant boy. Tamegoro raises this boy, Akira (Kuniaki Nakamura) as his own son and trains him from boyhood to become an equally lethal killer. Dead-eyed and with nerves of steel Akira takes over the family business, but what will happen when he comes face to face with Yukine, a young woman who survived one of his decade old hit jobs? Will the resulting crisis of conscience sever the link between father and son? And what path will Akira choose?

This is the central conflict behind first time feature filmmaker Daisuke Miyazaki’s neo-noir drama End of the Night, a crime-filled examination of nature versus nurture. Like a 1960’s Nikkatsu action film filtered through the deadpan aesthetic of Takeshi Kitano End of the Night both celebrates and subverts its genre origins, boldly updating the iconic image of the cinematic lone gunman. Akira’s brutal journey is brought to life not only by Miyazaki’s remarkable filmmaking talent, but also through the skill of veteran cinematographer Akiko Ashizawa, whose previous credits include Kiyoshi Kurosawa’s Tokyo Sonata and Retribution.

Director’s bio: Born in Yokohama in 1980, Daisuke Miyazaki studied at Tokyo’s Waseda University. In the summer of 2004 he participated in a filmmaking program in Tokyo run by New York University. The resulting film, The 10th Room, won the Christine Choi Award at NYU’s KUT Film Festival. Since then Miyazaki has earned praise for his 2006 short film Love Will Tear Us Apart, as well as working with a number of acclaimed filmmakers. Miyazaki has worked as a production design assistant on Leos Carax’s 2008 film Meld and as the trainee assistant director on Kiyoshi Kurosawa’s 2008 film Tokyo Sonata. End of the Night is his first feature film.

One thought on “CONTEST: Win Tickets for End of the Night at the Shinsedai Cinema Festival in Toronto”