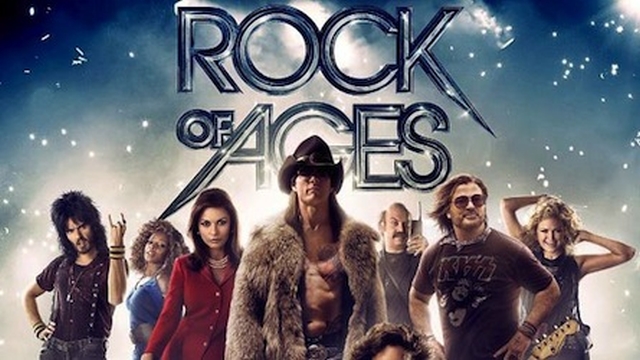 I really wanted to like Rock of Ages – and that might be the problem.   Tom Cruise, 80s Rock, REO Speedwagon?  I was so there.  But that Julianne Hough person ruined the whole damn movie along with her accomplice – the playback chick who does Britney Spears’ auto-tuned singing.

Tom Cruise is the best thing about this film, with his Axel Rose homage and Michael Jackson style pet monkey.  Mary J. Blige gets props too.  But why oh why did Hough have to be inserted  into every single song?  And who thought this girl could carry a movie? Particularly when the far superior Malin Akerman was also cast?  I can’t help but wonder if Taylor Swift might not have been better suited to Hough’s lead role (no, really).

I know this is a musical, but what happened to the dialogue?  Where was it?!  We exist in a post-Glee world, but how can a musical go so terribly, soullessly wrong?  Music is universal people!  Where was the emotion?  Carry the audience away dammit.  Aside from that over-played, over-inflated Journey song, all the tracks were hacked off just when they got going.

And Russell Brand – I will never forgive you for raping my happy song.  NEVER.  My eyes are still bleeding mate.

So many questions.  So many negative emotions.  THE disappointment of the summer. Hands down.

One thought on “Rock of Ages Review (Nadia Sandhu)”