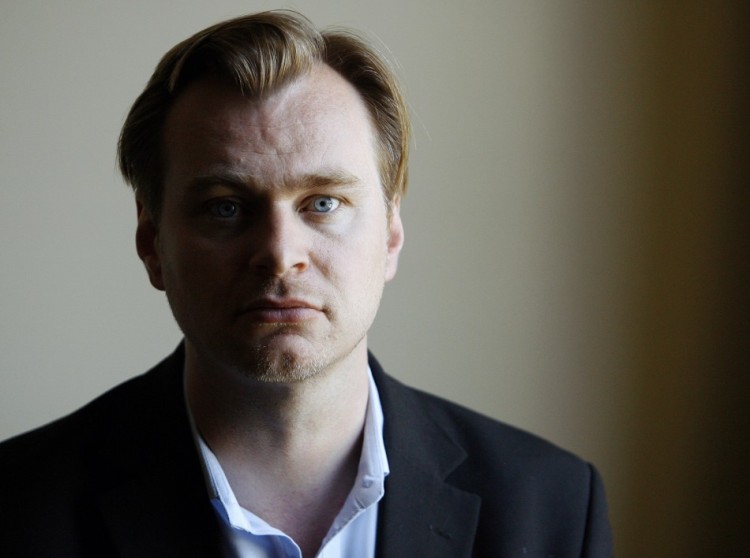 A tried and true mantra in the fanboy universe is “In Nolan We Trust.” I’m not so sure he is quite as deserving of that faith as I was just a week ago. Last weekend at the Produced By Conference, director Christopher Nolan continued his anti-digital crusade. You can read about it here, here, and here. Beneath the sweeping statements that indicted distributors and exhibitors who project HIS films in digital formats, is a disingenuous yarn he’s spun about his own filmmaking and indeed the filmmaking process in general.

At the heart of the matter is a conflation of two separate and distinct issues: filming in 35mm and projecting in 35mm.  This two-part piece will tackle these one by one.

Part 1: Nolan Doth Protest Too Much

Nolan shoots in 35mm. Guess what? His films, like many big budget studio films, are converted from film to digital for CGI and other “post” work.  Watch the trailer of the Dark Knight Rises. Nolan is no stranger to this digitization process, look at the collapsing stadium sequence.  Was that CGI or EAC (extremely advanced claymation)?  Nolan seems to have conveniently glossed over this important part of his own filmmaking process.

Once the film is digital, it is digital. Transferring the print back to film does not suddenly impart some magical additional depth, and Nolan’s comments seem to count on a general unawareness of this fact to bolster his status as a 35mm crusader.

Need more evidence? Check out the official press release about the nifty digital post-conversion work being done on the Dark Knight Rises to an all IMAX format for digital projection on IMAX screens across North America.

Film, as we understand it and love it, is not the chemical process of developing an image.  It’s telling a story.  The last time I checked, an unprocessed reel of 35mm does not tell stories. If he’s such a purist, where is Nolan’s outrage that cinephiles are being subjected to this digital experience of his film? I don’t see him demanding that screens be pulled in the name of his art, especially given what he apparently thinks of digital projection.  Hmmmm.  More on that later.

The fact is the only danger to Mr. Nolan’s film use is a rapidly diminishing physical film supply. With Kodak in Chapter 11 and both Kodak and Fuji Film cutting back production of the physical stock, film itself is increasingly becoming a scarce and therefore ever more costly commodity. It is simple supply and demand economics.  Our mass adoption of cell phone cameras and digital recorders has effectively squeezed the bottom lines of film manufacturers. So contrary to what Nolan contends, this at least is not some vast conspiracy against 35mm film making per se.

The trouble with this reality is that most film makers don’t have the luxury of passing this cost on to a studio as Nolan freely admits he can and does.

Nolan’s comments come from a place of concern that matters of commerce are being put before the art (as defined by the use of 35mm apparently). It’s rather easy to slag filmmakers, and in particular “less-than-Nolan’s-craft-budget” filmmakers, when he doesn’t actually have to pony up his own money. Emerging filmmakers by and large shoot on digital because it makes financial sense to the starving artist. And they either incur the costs themselves or are answerable to investors directly, many of whom are friends, family, or business acquaintances.

What really bothers me is his statement that “I don’t have any interest in being the research department for an electronics company”.  He makes CGI movies; the quality of the CGI can be directly correlated to the quality and speed of electronics and their programming. You can bet that his own pioneering techniques will be replicated in film and video gaming for years to come. It is a particularly damning statement when you consider that it was made while shilling for Kodak.  Why else would he be invited to express these views at a panel sponsored by that beleaguered film company?

Stay tuned for Part 2: Is Nolan a Pretentious 35mm Snob?

The Great 35mm Debate is a new ongoing series exclusively on Entertainment Maven.

6 thoughts on “The Great 35mm Debate: Christopher Nolan is Being a Hypocrite (Nadia Sandhu)”