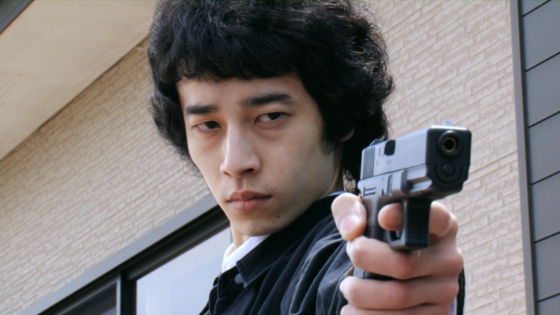 End of the Night

Written and Directed by Daisuke Miyazaki

When it came time for Daisuke Miyazaki to make his directorial debut, after directing second unit for director Kiyoshi Kurosawa’s Tokyo Sonata, he decided to look to the past. Inspired by the rich history of yakuza/hit man films from Japan, especially the works of the great Takeshi Kitano, Miyazaki has created a hit man saga of his own.

Hit man Tamegoro (Shionoya) is sent to kill a young couple. After performing the deed Tamegoro discovers a young baby in a crib. After calling his mother, Tamegoro decides to bring the baby home and raise him as his own. We flash forward to the now teenaged Akira out on his first assignment with his “father” Tamegoro in which they are assigned to take out a family, much like his own, who have a daughter whose eventual death becomes a fixation for him. Ten years later Akira (Nakamura) is a fully accomplished hit man, living the solitary life most hit men do, Tamegoro has retired to run a comforter shop but still sets up all of Akira’s contracts (along with those of his “brothers”). But one day Akira encounters someone who will change the course of his destiny forever, the grown up version of Yukine (Komiyama), a girl who he thought his father had killed 10 years ago. Just as fascinated as he was ten years prior, Akira sets out to help Yukine, to his own detriment, which causes a familial rift and has professional consequences. 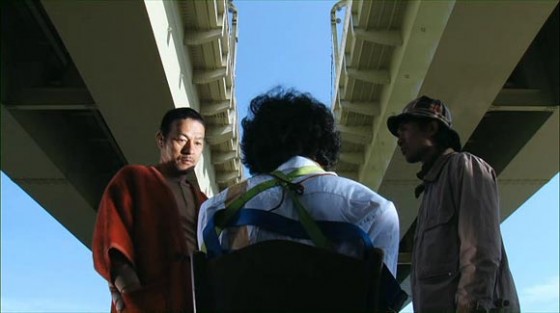 Miyazaki has crafted an extremely successful little noir film filled with homages to films from the past, both Japanese and Hollywood alike. Nakamura’s performance is engaging and accomplished as Akira. He brings a stoic calm to the character with an underlying sense of danger and volatility that constantly keeps him aware and on edge. The rest of the performances here are strong as well, especially Shionoya’s Tamegoro as the father figure with a special relationship with his own mother. As a first feature Miyazaki delivers an extremely accomplished piece of cinema, his future is indeed bright.

End of the Night was the runner up for the Best Film Audience award for Shinsedai, a very deserving recipient if you ask me. End of the Night is a definite recommend, try to catch up with it as it continues its festival run across the globe.

Make sure to keep up with what’s going on at Entertainment Maven by liking our Facebook page and having updates delivered right to your Facebook News Feed. It’s the only way to stay on top of all of our articles with the newest blockbusters and all the upcoming films and festivals in Toronto, including the rest of our Shinsedai 2012 coverage.