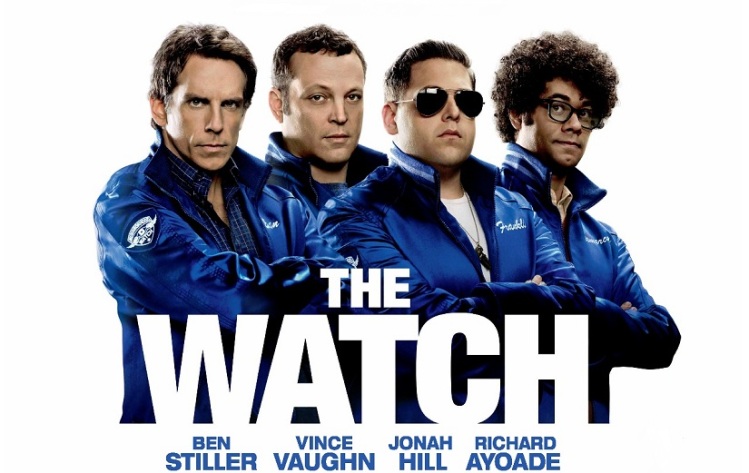 The film originally known as Neighbourhood Watch (it was shortened to The Watch after the Trayvon Martin incident earlier this year and had all of its bullet-ridden original advertising pulled) finally arrives in theaters from Fox this week. Perhaps being extra cautious due to the circumstances surrounding the Martin incident back in February, The Watch enters theaters with a lot less advertising and fanfare than you would expect from a film with this kind of star power. But can the combined comedic chops of Stiller, Vaughn, Hill, Ayoade (director of last year’s brilliant Submarine) and Forte along with director, and one-third of the comedy troop of The Lonely Island, Akiva Schaffer, deliver the comedy of the year?

Evan (Stiller) seems to have it all together. He has a lovely wife (Rosemarie DeWitt), a great house and a steady job as a manager of the local Costco in a sleepy suburb in Ohio. One morning Evan arrives for work to find his night security guard has been murdered and the police have him on the list of suspects. Evan, being the man behind many social groups in the community like the “running group”, decides he must start the Neighbourhood Watch to find the real killer and patrol the streets. Organizing the first meeting at his house, Evan is taken up on the offer by Bob (Vaughn), a father who in essence is bringing up his teenage daughter by himself due to his wife’s hectic work schedule and desperately craves male; Franklin (Hill), a high school dropout and reject from the police force who wants to crack some skulls; and the awkward Jamarcus (Ayoade), who simply is looking for a way to fit in the community. The Watch are ridiculed and not taken seriously by the community at large, especially by the police and Sgt. Bressman (Forte), as they strive to investigate the death of Evan’s former employee. Eventually they discover that the killer may not be of this earth and they may be in for a much bigger fight than they had first thought and it may or may not include Evan’s strange new neighbour, Paul (Crudup). 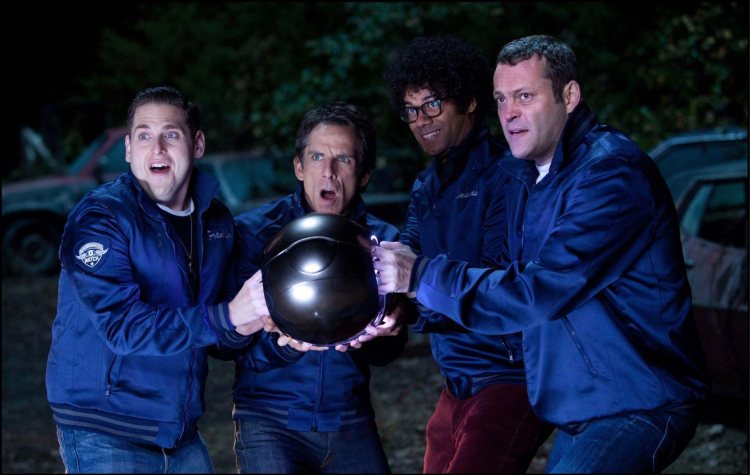 The Watch is a very silly movie. Obviously a believer in free reign and tons of ad-libbing, Shaffer lets his stars run loose and it shows. Stiller and Vaughn deliver exactly what you have seen them do so many times before. Stiller brings his goofy everyman with a penchant for landing in awkward situations while Vaughn’s motor-mouth rapid-fire style is on full effect. Jonah Hill gets a little edgier than normal here, but also manages to hit all those familiar “too close” moments that he’s famous for. Hader brings to life another awkward character that doesn’t completely work all the time. The real star here is Ayoade. Ayoade manages to steal every scene he is in and his history as a writer/performer in such BBC shows as The Mighty Boosh shines through. This really could be a star making performance for Ayoade and you leave the theater hoping they had used him more and craving the inevitable footage that will make up the DVD special features. I am a big fan of all these men but Ayoade outshines them all this time around.

The Watch, thanks mainly to Ayoade, works a lot more than it doesn’t. While far from a brilliant, The Watch fits the bill for mindless summer fun. The Watch is a recommend.

One thought on “The Watch Review (Kirk Haviland)”