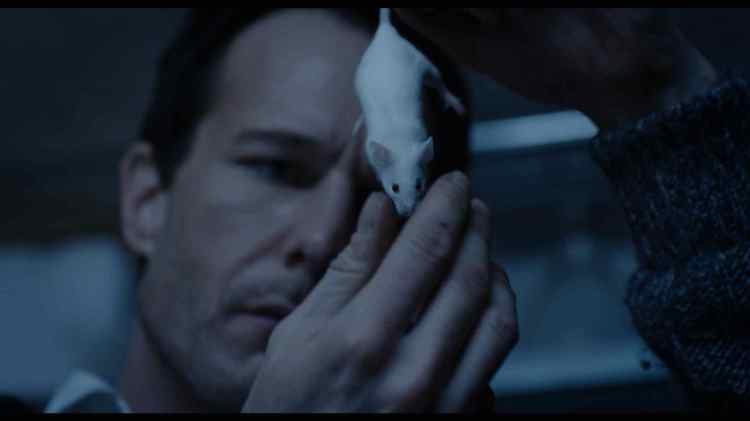 Science and movies almost never seem to mix, especially if you’ve ever had any experience with the slow and rigorous beast that is scientific research. It’s understandable given that the average movie is about 100 minutes and the average scientific inquiry probably takes year to complete from start to finish. The two are certainly not the most compatible. That said, some filmmakers have still been able to do it justice. Even though Altered States deals with pseudo-scientific material, it really feels like a scientific movie, and a damn good one at that. Errors of the Human body started off quite well and got me hoping for the next ‘Altered States’, however the story was taken in a different direction than I was anticipating and without as much impact to the viewer as could have been possible. The result is an odd film that is at times beautiful and intelligent, while at others a little confusing and not as hard hitting as it could have been.

Geoff Burton (Eklund) is a controversial scientist whose fame or notoriety is direct result of loss he has experienced. Burton and his now ex-wife lost their infant son to a rare genetic disorder, and now Burton’s goal is to use his son as an example to understand and prevent these sad stories in the future. Far from eugenics, Burton has developed a method of screening embryos in order to detect rare genetic illnesses. In a move to the cold and wintry landscape of Dresden, Germany; Burton reunites with an old student, Rebekka, also an old flame, who may be on the brink of an incredible discovery that would have incredible implications for Burton’s research. However, the research environment has the same kind of cutthroats previously found on the high seas, maybe even worse. Burton and Rebekka must work together to protect her discovery from a creepy scientist named Jarek who has ambitious plans of his own.

Errors of the Human Body features some beautifully appropriate photography of the frozen landscape of Dresden, the equally cold confines of research laboratories, and images of cells through the lens of a microscope. The world of science is really all about the micro as it relates to the macro and Errors mirrors this perfectly, especially in the first-half of the film. The images of cells and microscopes are lightyears away from the absurdity of 2011’s The Thing, in which I had to stifle my laughter as alien cells assimilated human cells in a parody of real science. Even though ‘real’ science will never have a place in a feature film, Errors does a remarkable job getting as close to the discipline as possible, creating a very plausible research environment.

The performances are quite solid across the board with the very creepy Lemarquis turning in the best performance in my books. It’s a shame that the script doesn’t have darker avenues for Lemarquis’ character to venture down, but I suppose the story didn’t call for it. Eklund does some serious brooding throughout the movie while still remaining a character who audiences should care about. He mentioned during the introduction to the film that he initially had no interest in traveling to Germany for a shoot. I wonder if Eklund channeled his personal wishes to get out of this frozen environment into his character, contributing to his solid performance as Burton. If I was in his position, I sure would have tried.

Errors tells the story chosen by the filmmakers, but it was a bit disappointing as certain scenes early in the film hint of very dark implications which are only partially realized. Errors could have turned into a frightening horror or sci-fi piece, but instead is happy to stay a drama or character piece. I have to admit that it is fairly successful as a character driven story, but I would have liked something more fantastical given the hints early on in the film. Finally, it was clear what the filmmakers were saying about their characters, but what they were saying about science, if anything, was a little harder to understand. This film could certainly be interpreted as anti-technology or anti-science by some, regardless of the intentions of the filmmakers, but I hope this isn’t the case. There are enough anti-science voices these days who don’t understand that science cannot commit atrocities, only people can. Science and technology are no more inherently evil than the brain of a newborn child.