By the time this post is up, Jason Reitman would be cementing the details for the ‘Special Event’ at this year’s Toronto International Film Festival, that special event being a Jason Reitman table reading of Alan Ball’s American Beauty. The movie, directed by Sam Mendes, became the People’s Choice Winner and established our festival as the one that crowns Oscar Best Picture contenders. Jason Reitman probably has announced his cast for this reading, maybe based on the people who have been in his movies (Jason Bateman, Vera Farmiga). It could also be actors who are available during the festival (Ben Affleck, Amy Adams) or actors who are available during the festival who have also been Academy favourites just like American Beauty’s stars were (Michael Shannon, Amy Adams). But here’s who I would pick:

Lester Burnham. My pick: Peter Sarsgaard. He has that everyman aura that Kevin Spacey exuded in the original, excelling compared to the pretty boys who Reitman usually casts (not that I’m complaining). He’s also the kind of talent that doesn’t come with the overwhelming star wattage, which is what Mendes had in mind while casting Spacey.

Carolyn Burnham. My pick: Carla Gugino. She shows her wit in the TV show Political Animals and her flirtations with the cartoony side of acting in the beautiful mess that is Sucker Punch. Besides, she really needs to be in more stuff as a leading lady.

Jane Burnham. My pick: Saorise Ronan. I’ve only seen her play British or German but Peter Jackson took her on to play the quintessential innocent American in The Lovely Bones. And Hanna already explored the dark sides of her talent and maybe we’ll see more of that if she gets a role like this. 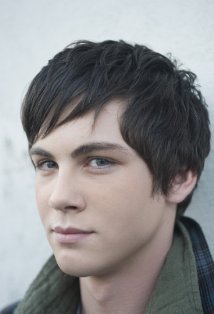 Ricky Fitts. My pick: Logan Lerman.  While I’m writing this Reitman already chose Adam Driver to read for the part but Logan Lerman might fit the role too. Lerman’s already becoming increasingly divisive but I have faith in him, jumping from a douche in Paul W.S. Anderson’s guilty pleasure The Three Musketeers (he’s one of the best things in that movie) to introvert in the upcoming The Perks of Being a Wallflower. He seems like the kind of guy capable of bottled and distilled anger. And heck, he’s already in town for the next couple of weeks so why not do this?

Angela Hayes. My pick: Shailene Woodley. You know what? Despite of Spacey’s win and Annette Bening’s nomination I actually think that Mena Suvari is my MVP for this movie. But who else to pick but Woodley, whose beauty is equally not impeachable?

As for the other adults, why not Josh Brolin as Col. Frank Fitts, Timothy Olyphant as Buddy Kane and Robin Tunney as Barbara Fitts? Brolin, by the way, is working with Reitman in the latter’s next movie Labour Day, a more dramatic turn for both involved. Olyphant has the versatility and approachability, and Tunney should get a role like this and stop being Mindy to Simon Baker’s Mork.