The 2012 edition of the Toronto After Dark Film Festival is entering day 5 and the half-way point. We’ll have plenty of feature film reviews that will be coming at you over the coming days, but this year we also thought it would be a good idea to feature the wonderful short films of the festival. One Canadian short film precedes each of the features, while nine International shorts were grouped together for a short film slot this past weekend. We’re going to try to cover each short in a segment called the Short Film Roundup. Enjoy.

Disclaimer: While I may be a huge movie fan, sometimes ideas and concepts within movies are less obvious to me and more obvious to others. I do a good deal of reflecting after features and generally arrive at a satisfactory conclusion regarding the intent of the filmmakers, however that gets flipped on its head with short films, especially when I watch nine of them back-to-back. I apologize to the filmmakers in advance if I missed what you were trying to say.

Synopses in Italics and from http://www.torontoafterdark.com 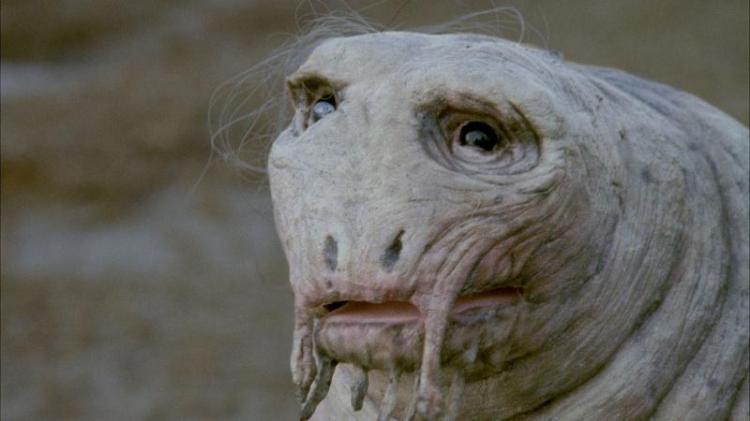 A fisherman’s painful recovery from a tragic loss manifests itself in the intimate relationship he initiates with a lobster in this intimate, beautiful portrait.

This was the first film of the International programme, and it’s easily one of the best. The brief synopsis sounds ridiculous, but this short is an incredibly emotional one to watch, with only one or two instances of humour. I think the relationship between the old fisherman and his arthropod is an allegory for a different loss, loss and grief that occurred earlier in his life. Caterwaul is beautiful, touching and features some wonderful practical effects. This one is going to be tough to beat in my books.

An astronaut-turned-lobster-freak returns to Earth in search of his family and the life the government has stolen from him.

As this short starts on the red sand of Mars, audiences may expect to be in for a very serious sci-fi piece. Even more so when our lone astronaut gets clipped by a martian crab, his space suit now compromised. Also he may now be infected as we see blood oozing from the tiny tear in his suit. But this short takes a turn for the ridiculous as our astronaut returns to earth – as a giant crab. We follow this crab-man as he learns about his condition, seeks out his family, and tries to exact revenge on a government who set him up. If crab-man revenge is your cup of tea then Decapoda Shock will not disappoint. I wasn’t on board with the humour immediately, but as the short went on I became invested in the humour and our hero’s mission. This short may have set a record for highest body count racked up by a crab-man. Can anyone confirm this?

Why is there a vagina there?

Dialogue tells a very brief story about a young man with a vagina on his arm. Unfortunately for the vagina it speaks a foreign language and has trouble communicating the painful existence that is its reality. A truly terrifying concept, hopefully this short doesn’t create a new phobia for the medical books. Short, funny, and to the point, Dialogue was successful at what it set out to do: tell the story of a guy with a vagina on his arm. 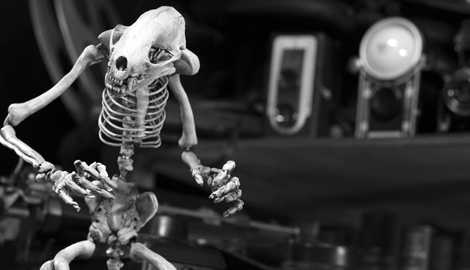 Under the auspicious direction of TAD short film favorite Voltaire, Gary Numan narrates the reanimated exploits of a Sumartran Rat Monkey and its battle against all forms of media.

Odokuro looks like a very ambitious stop-motion animation project. The setting is a cluttered room full of many different types of media and a skeleton that is reanimated only to wage a type of war against these objects which should be inanimate. Wonderfully creative and a joy to watch, Odokuro probably has a take home message, but I think I missed it. However, I would watch this short again in a heartbeat if only for the fantastical strangeness on display and the painstaking work that must have gone into making it.

It isn’t that the mischievous Bobby Yeah has always got his finger on the button. It’s that he always presses it. A grotesque stop-motion wonderland of fleshy Švankmajer-inspired delights.

Bobby Yeah is easily the best short of the International programme at TAD this year. While other shorts were a lot of fun to watch, Bobby Yeah is an absolute triumph of imagination, weirdness and claymation. At the heart of this nightmarish tale is our strange preoccupation with pressing buttons in order to see what they do, particularly red buttons. Our lead character is a rabbit-like thing who would be cute if his face wasn’t splattered with blood, covered with sores, and his eyes bulging out of his head. He gets into quite a bit of trouble, but his exploits are incredible to behold. Morgan is a veritable creative force whose work looks to be almost entirely unique, something which I found very refreshing. I look forward to anything he does in the future.