In between unsolicited screenwriting and job hunting (some of the hardest and yet most rewarding work I’ve ever done vs. the Maslovian requirements of food and shelter and the currency exchanged for them) I’ve been spending a lot of time with the slowly improving Canadian Netflix. While I still hear tales about the oasis that is American Netflix, the great white north version now boasts dozens of films and no less than ten different TV shows that I have earmarked for my own personal consumption. Today, based on a recommendation that my partner Heather received from a co-worker, we decided to check out The Imposter: a documentary that was promised to leave our heads spinning. 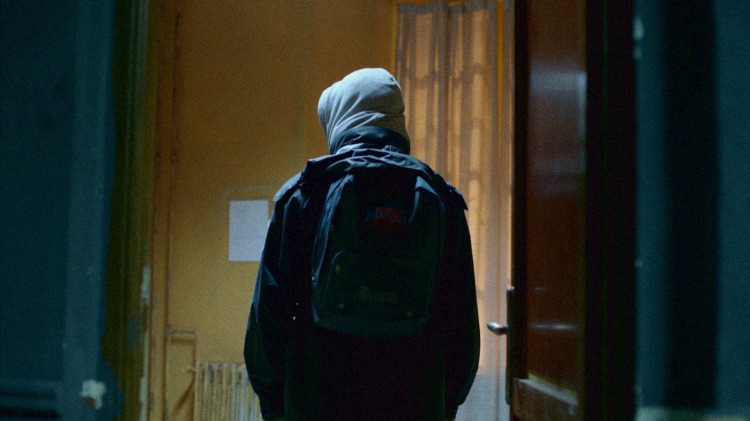 While not necessarily a true documentary (more on this later) The Imposter is about real-life events, specifically, the disappearance of a 13-year old boy named Nicholas Barclay and the person who tried to take his place. After Nicholas had been missing for over three years, his family received a phone call saying that he had been found in Spain. Spain! Minds reeling, they followed the necessary steps to return Nicholas to Texas and reunite with the now 16-year old boy. Almost immediately we learn that this wasn’t Nicholas, but rather an adult male posing as a child. This immediately made me think of a recent horror movie that starts with ‘Or’ and ends with ‘phan’. However this unsettling revelation is only the first of many that will leave the viewer shaking their heads, for better or worse.

While the subject matter of The Imposter is very real, the filmmakers chose a style that is somewhere between documentary and theatrical crime thriller. I understand the choice as it makes the movie a much more entertaining experience with the high-quality re-enactments, but I can’t help but feel that it was a decision that was unjust to both the viewers and the people in the film alike given the terrifyingly real story of Nicholas and the man who tried to take his place. I have always found true crime stories off-putting as they are essentially the misfortunes of some turned into entertainment for others. Also frustrating is the information temporarily withheld by the filmmakers and only used when it provides the ultimate shock value. These revelations would immediately flip how I felt about specific characters and caused be to groan as I realized I was being strung along like a puppet throughout the narrative.

Criticisms aside, The Imposter is a remarkable experience for the absurdity of the events that took place after the disappearance of Nicholas, and as a piece of entertainment the film is incredible. However, it was impossible to forget that at the heart of this two-hour thrill was one of the most unfortunate accidents or horrendous crimes: the disappearance of a child. I’ll never feel comfortable with this subject matter as entertainment.