It is often said that what you can’t see is scarier than that which you can.  That thinking something might be lurking in the shadows brings about more fear than actually seeing the monster itself. Dark Skies takes this concept in hand and much like a ghost story attempts to craft a sci-fi film with horror elements.

The film revolves around the Barret family. They seem like your everyday normal suburban family. They aren’t without their problems but like most families, they’re dealing with them.  Unfortunately, as life becomes more and more stressful a series of disturbing events begins to escalate the tension. Are they the brunt of some juvenile pranks and a few  coincidental events or is there something more to what’s going on?

Because the film concentrates on creating fear in order to entertain it’s unfortunate that it doesn’t do the best of jobs. Either the filmmakers weren’t skilled in creating tension and delivering scares or they were trying to make a film for a younger audience and toned down the horror on purpose.  Unfortunately I don’t think the later is the case as all the advertisements seem to point to a genuinely scary movie (which Dark Skies truly isn’t). Between the editing, music, directing, writing and camera work, the film has the right ideas but constantly fails to deliver. Sometimes the shot is ended too early or lasts too long. Other times it is framed improperly so as to fail to create the necessary tension. And it’s clear that they didn’t know how to create false scares or use them properly. Luckily the look of the aliens themselves is rather spooky so the CG work managed to succeed where the regular tricks of the trade failed.

On the plus side, the film excels in creating a sense of lack of control. Thanks to some great performances from the actors you truly get a sense that they’ve lost all control of the situation. In fact, it is so well portrayed that the audience can easily emphasize and feel a little antsy themselves. There was more than a few times that I wanted to lash out at someone on screen for one reason or another.  At first, the characters are at a loss to explain what is happening to them and will latch on to any plausible explanation possible. When the plausibles don’t add up, they can’t bring themselves to believe in the unthinkable. Then, when they’ve finally come to terms with the implausible, they realise they are practically helpless. It is this constant sense of the unknown combined with the regular mysterious events and the film’s use of sound that help drive home this unnerving sense of helplessness. 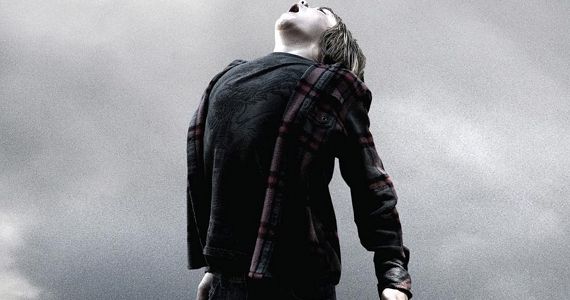 Dark Skies puts a lot of effort into building a frightening tale of alien abduction but doesn’t quite manage to create the scares necessary to elevate it beyond a mere encounter of the dull kind. Younger audiences might find that they manage to get something from the film as a good portion of the horror tropes used and the alien back stories might seem fresh and new to them. Hardcore horror fans would be better off steering clear as not only will they not likely get anything new from the film’s story but they’ll likely find the attempts at creating fear ineffective and possibly even boring.