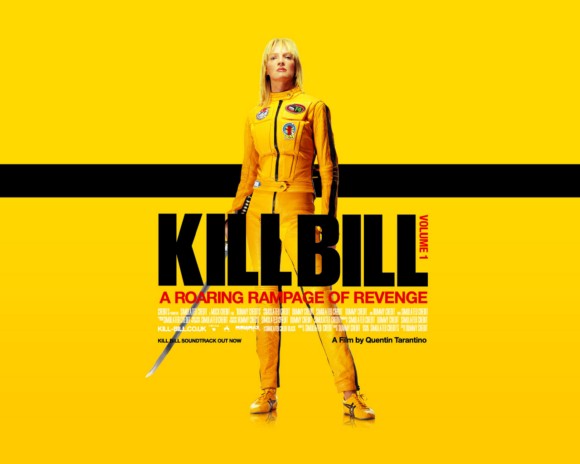 For those of you who don’t know, I’m on a prolonged vacation away from the beautiful city of Toronto, living in France on the Côte d’Azur. Now the South of France has many beautiful things to offer: plenty of sun, the ocean, deliciously fresh bread, inexpensive and surprisingly good table wine, but the selection of new release films in theatres is deplorable. Ditto concerning the ease and nonchalance with which ‘whoever is in charge’ dubs foreign English language films. My appreciation for Toronto as a film mecca has increased ten-fold; I long for the plethora of film fests, the TIFF Bell Lightbox, the many rep cinemas. I’ll simply have to make due until I return in August. Quitting film has felt like quitting a hard drug…I imagine (I’m afraid my most hardcore drug experience was with Extra Strength Motrin).

So due to the dearth of new releases in the cinemas I’ve had to keep an eye out for films on my French cable connection. Again, most of these are dubbed in French, but every now and then, late at night, I may be lucky enough to get something in English. Last night was one of those lucky nights. I turned the channel only to come face to face with a bloody Uma Thurman wearing a bridal dress and veil. ‘Oh no’ I thought, Kill Bill? This was not even close to a movie that I would say I enjoyed. What should I do? These chances at watching an English movie came along so rarely.

Well, I watched it, and I still didn’t like it, but it got me thinking about Tarantino. A man who may single-handedly be responsible for enamouring me with the world of film, as I’m sure has been the effect on many other people, but whose work I have grown very wary of as the years have gone on.

For the reader with too much time on their hands, and even for me to try to understand my own feelings towards the work of Tarantino, I will try to analyze the affect his work has had on my early career.

As a film blogger and an aspiring screenwriter I’ve necessarily been influenced by a wide variety of films. The imagination stirred up by adventure films like Indiana Jones, and The Goonies were an early influence, and so were horror films like Gremlins and The Burbs, but it was at the beginning of high school that I learned for the first time that movies could be F-ing cool. Reservoir Dogs and Pulp Fiction were the coolest things on the planet the first time I saw them. I desperately wished I could sit around a table with the likes of Harvey Keitel, Steve Buscemi, Michael Madsen; I could even have my own moniker: Mr. Mauve? I dreamed that I could be as bad-ass as Sam Jackson in Pulp Fiction. Who was this writer\director who seemed to be tapped into a deeper vein of coolness than everyone else on the planet? To the younger version of me – Tarantino was a god. In fact, there was even a nasty rumour in high school that I had recorded the audio track of Reservoir Dogs on a tape and would listen to it during classes on my walkman; completely and utterly false – I had a Discman.

I remember rummaging through stacks of VHS movies at HMV, Musicworld, and Cinema 1, searching for anything featuring Tarantino’s work. It was through this method that I discovered True Romance, From Dusk Till Dawn, and Desperado; anything this guy touched was gold, even if it was only a small cameo in the film itself. I shared these cinematic gems with my friends and nearly everyone agreed, this guy was on another level, he had a different frame of mind than the Hollywood cookie-cutter film makers. We hyped ourselves up for the hotly anticipated theatrical release of Jackie Brown.

I walked out the theatre feeling cheated. What the hell was that? Where was the Tarantino that I idolized, the one who could do no wrong? I knew that Pam Grier had been a star in other movies, but I hadn’t seen them. Did I need a certain film background to really ‘get’ Jackie Brown? If so, that didn’t seem fair. Reservoir Dogs and Pulp Fiction could be appreciated by anyone. You didn’t need to have a certain film background to appreciate them. As evidenced by myself, even a scrawny kid with next to no life or film experience in grade 9 could appreciate them. Our group of friends was split down the middle. Half of us thought that Tarantino had succeeded, the rest of us thought he had failed miserably. It didn’t matter who was right or wrong, it was the first time we had a divided opinion about Tarantino; he seemed human for the first time; a regular guy who’s not always perfect.

It was at this point that I really branched out, exploring many different types of films and eventually getting sucked into the horror genre, where I still happily reside most of the time. But my interest in Tarantino was very real once again with the news of Kill Bill. When I heard that Tarantino was planning a four-hour epic sword fighting film I just smiled – he was back. I had no idea what to expect from Kill Bill, and would like to think that I went in with a completely open mind. Well if Jackie Brown left me confused, then trying to understand what Kill Bill was supposed to be felt like trying to solve a Rubik’s Cube, while blindfolded, hands tied behind my back, and randomly bashing it with my skull.

Gone was the intelligent and cool dialogue, although it certainly TRIED to be cool. For a film with a strong female protagonist there certainly were a lot of shitty things done to women (on-screen or implied). The action scenes were extremely inconsistent, sometimes amazing, other times confusing. Extremely long side-stories would force their way into the narrative. And the ‘wiggle your big toe’ scene holds a very special place in my ‘most hated scenes of all-time’ list. For a movie that promised to be crazy fun, Kill Bill was surprisingly not very fun. In fact, it felt slow, dull, and stupid. I’ve since heard that in order to fully appreciate it you need to understand the multitude of references. Really? Shouldn’t a film be enjoyable by fans of the genre for what is at the heart of the story, and not just because of homage or references? I certainly don’t think Saturday Night Live is more hilarious when I recognize the conga line of celebrity guests that seem to appear on every episode these days: ‘Oh look, that’s James Franco, I recognize him, HAHAHAHAHAHA!’

Then when I happened to be watching either The Golden Globes or the Oscars, I saw Tarantino roll up to the entrance in the P-Wagon from Kill Bill and basically scat into the microphone. I finally understood – the man had gone insane (I’m only half serious).

More recently I feel he’s gotten back on track with Inglourious Basterds, no doubt an enjoyable film, but I still feel there’s something bothering me about the more recent work of Tarantino. Look at Death Proof, Kill Bill, Inglourious Basterds, and his new film Django Unchained. Not positive about Django, but the rest are all about revenge, seemingly one of our most primal emotions and actions. Certainly it’s an intriguing topic for film and when done well it’s incredibly powerful; Old Boy anyone? But doesn’t it seem like Tarantino has squeezed the hell out of revenge as a theme? Isn’t it time for something else?

Getting back to my French Cable and my night with Kill Bill, I watched the whole thing…and tossed and turned all the way through. I guess it’s just a matter of taste, but it made me think about my break-up with Tarantino. If I make any sort of a living in film, then I owe Tarantino the world, but he’s changed, or I’ve changed. Hell, we’ve both changed. I’m going to buy a ticket for Django Unchained when it comes out, but if things don’t work out I think might have to file a restraining order. Kill Bill you must stay at least 500 meters away from Mr. Hodgson at all times, and especially stay off his French cable, at least have the decency to wait until he’s back in the film Mecca of Toronto and has the choice of which movie to watch.