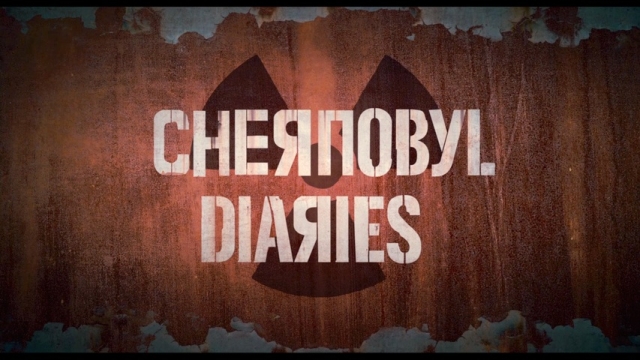 Back in 2007 writer/director/producer Oren Peli scared up massive box office returns and multiple sequels with his creepy little found-footage epic Paranormal Activity. Chernobyl Diaries marks the first post-Paranormal project we get from Peli, though for his next directorial effort we’ll have to wait for Area 51, due later this year. The question remains, will Paranormal Activity be the launching of a new talent, or will Peli’s name go down with the likes of M. Night Shyamalan – the once promising now mocked director of the Sixth Sense.

Chernobyl Diaries starts with a found-footage style montage of Chris (McCartney), his girlfriend Natalie (Dudley), and their friend Amanda (Kelley) as they make their way across Europe, the next destination being Kiev to stay with Chris’ semi-reliable brother Paul (Sadowski). Upon arriving we learn Chris plans to pop the question to Natalie once they hit Moscow, a trip Paul has been tapped to plan out for the group because he lives in the country and has learned the language. After a drunken night out on the town and a near miss with a couple of Russian hooligans impressed with the girls, the group goes for breakfast, but Paul has not met them there as planned. Soon after Paul comes barreling in all excited and ready to lay his plan on the table. Sometime between the previous late night and breakfast (?), Paul has met Uri (Diatchenko), owner of Uri’s Extreme Tours. The two of them have arranged for the group to join a tour to Pripyat, the closest you can safely get to Chernobyl itself, and a town abandoned when the nuclear reactor melted down. Against Chris’ wishes to simply go straight to Moscow, Paul manages to convince the girls, luring shutterbug Amanda with the photo opportunities, to go on the tour and they head for Uri’s offices. The group meets Uri and two other travellers joining the tour, Micheal (Phillips) and Zoe (Berdal), a young couple who are very attached to each other. Uri takes the intrepid group to Pripyat and shows them around the abandoned city. When they return to the van they find it’s has been tampered with, and they are stuck after dark without help in Pripyat. That’s when they find out if they are truly alone out there.

Chernobyl Diaries, while having found-footage aspects included, is not a found-footage film. It’s something completely different than Peli’s previous outing, yet unlike Paranormal, it takes a familiar formula and seems content to just hit the same notes as its predecessors. The film does possess one fantastic sequence involving some unexpected local wildlife, but other than that most of this film is familiar territory. McCartney and Dudley are fine as the “practically married” couple, as Paul describes them – the voice of Theodore (McCartney) from Alvin and the Chipmunks (yes you read that right) puts in some unexpectedly decent work here. Kelley and Phillips also come off pretty well, yet my favorite performance of the film goes to Diatchenko as Uri. Uri can be menacing, dangerous, playful and harmless all in a matter of mere moments. It’s a fun performance. Unfortunately Berdal’s Zoe becomes grating with her having to take on the whiny girl persona for much of the film. And the real issue here is the awful performance of Sadowski, grating is not a strong enough word for the amount of detest I have for the performance and character. Never is there a moment where you side and with him and his smugness at the beginning of the film makes whatever emotional heft that he is supposed to deliver late ring with faker than a $20 Rolex.  He really took me out of the film in many parts.

Chernobyl Diaries is a passable piece of horror that doesn’t make any effort to further the genre; it just wants to exist in it. Hardly the worst film I’ve seen this year, but disturbingly content to simply paint by familiar numbers. Chernobyl is fun enough for a very mild recommend, but the only thing that has managed to stick with me a day later is Sadowski’s performance, and this is not a good thing. As for Peli, the verdict is still out, but if Area 51 turns out to be his “The Village” then M. Night will have some company.