Actress Zoe Kazan may become a bit of a renaissance woman because of Ruby Sparks. Not only is she the female lead of the film, she also wrote it. Yet when it came to directing the film she was more than happy to let the tandem of Jonathan Dayton and Valerie Faris of Little Miss Sunshine fame take the lead. It’s been 6 years since Dayton and Faris stormed the indie scene with the runaway sensation of Sunshine, will Ruby Sparks make that six year wait for a follow up worth the time?

Calvin (Dano) is a now 29 year old high school dropout living a solitary existence in a giant house struggling to write his next epic novel. And oh yea,h as a 19 year old he wrote one of the “quintessential American novels” and has been unable to produce a follow-up since. On the advice and orders of his therapist (Gould) Calvin is assigned something to write and that night he dreams of a girl named Ruby (Kazan). Immediately inspired Calvin begins writing a new tome based on a supposed love story between Ruby and himself. His brother Harry (Messina) asks where the book is going and warns him that he’s wrote his ideal of a girl, but not a real person with his manuscript. After more obsessing, and weird discoveries around the house, Calvin awakes one morning to discover Ruby standing in his kitchen preparing breakfast, completely unaware she has sprung from his imagination. Unable to handle the situation and believing he is losing mind Calvin almost loses the literal girl of his dreams until he realizes she indeed has come to life. Ruby is the “Manic Pixie Dream Girl” he has always fantasized about and this leads him to decide he would never write about her again (after showing his brother that she really is the girl he wrote by literally telling her what to do via his writing), until she develops ideas and needs of her own. Calvin does what he swore he wouldn’t and starts rewriting their relationship and Ruby herself. Of course things go drastically wrong and the real question becomes can Calvin let go of his controlling ways to allow someone else to exist, either in his life or not. 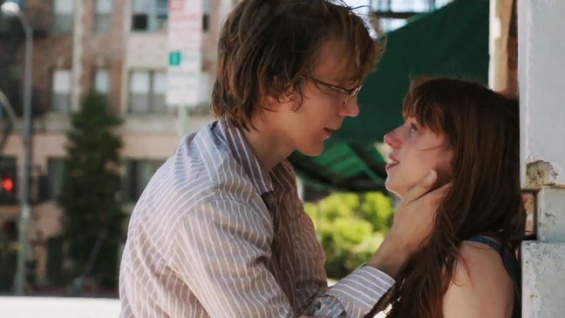 Ruby Sparks is another of the quirky comedies that have come out as counter-programming this summer like Safety Not Guaranteed and Seeking a Friend for the End of the World. Written by Kazan, Ruby manages to assemble a great amount of talent behind and in-front and behind the camera. With obvious inspiration drawn from Marc Webb’s 500 Days of Summer and Michel Gondry’s Eternal Sunshine of the Spotless Mind, Ruby does manage to deliver a very charming and entertaining film backed with strong performances from our leads. Paul Dano is fantastic here as Calvin, the awkward introvert faced with the gift of a lifetime that can’t seem to find a way to change his structured/controlling ways. Calvin’s Mother (Bening) and Step Father (Banderas) are the free spirited artistic type of people Ruby was based on, yet he cannot get along with them. Dano’s awkward manic energy works well in this context and he truly delivers an engaging performance here.  Kazan’s Ruby is that girl that Calvin has dreamed off, but she also has her own personality, goals and dreams. What could have been a one dimensional caricature becomes an intense and intimate portrayal in her capable hands.  Ruby Sparks gets dark, real dark, in its 3rd act and to the credit of directors, Dayton and Feris, they do not let any of the dark scenes pass without impact. The inevitable scene where Calvin comes clean is particularly rough, and it’s never treated as flippant as actions and their implications are painfully played out. The ending may not satisfy everyone, but it did work for me even if it was a tad familiar. 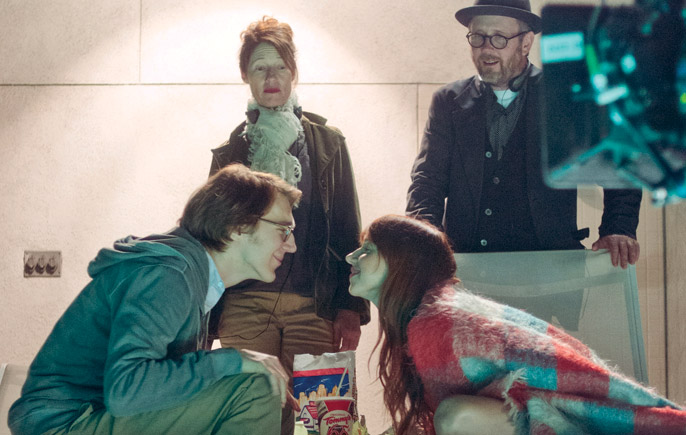 A strong script with solid direction that does not shy away from the darker, harder to watch situations of the script, Ruby Sparks goes farther into some of those darker places than most of the so called “romantic comedies” it will clearly be marketed as. Ruby Sparks is both charming and challenging at the same time and for that I give Ruby a recommend.