Sometimes when you watch a film for the very first time, for one reason or another, it just sticks with you and it adds itself into your individual cinematic lexicon, becoming a beloved film to you personally, and when your feelings are shared with the masses, it’s a great shared feeling of enjoyment.  Out now on Blu-Ray for the very first time from our friends at Hollywood Pictures Home Entertainment, we go back 15 years for the anniversary edition of a delightful black comedy that enthralled and entertained a generation.  Get ready to go back and revisit Grosse Pointe Blank.

In Grosse Pointe Blank we meet Martin Blank (Cusack) a contract killer who is stuck in a personal and career rut when his 10 year high school reunion roles around and gives him the chance to rekindle a relationship with an old flame (Driver) and pull off one final job.  Things are really looking up for Martin to get back on track, that is until his arch rival (Aykroyd) joins the party to not only finish the job that was once his, but to once and for all blow his competition away. 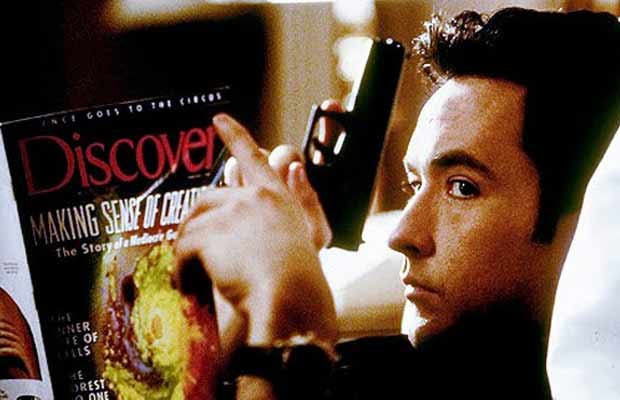 As the ultimate high school reunion that we all wish we could go to, Grosse Pointe Blank is still a hell of a lot of fun even 15 years later.  With its nostalgia themed satire with some liberal sprinklings of ‘John Woo-esque’ violence throughout this is a laugh filled adrenaline ride that goes to show that you may never be able to go home again, but you can always shop there.  The script which Cusack had a hand in co-writing crackles with wit and intelligence as our protagonist searches for a quick, swift spiritual kick to the head.  Director Armitage keeps the action and the laughs going at a very healthy pace and it all holds up surprisingly well all these years down the road as the story of Martin looking for any kind of personal redemption that he can grab on to while validating his current job status all at the same time.  With the laughs and the tension filled action kept at a relative yet tenuous and constantly self aware balance throughout the film, it’s the stellar ensemble lead by Cusack that propels this into incredibly memorable territory. 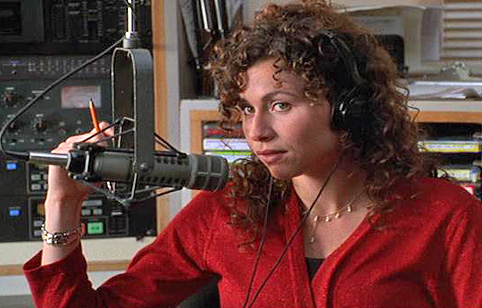 As Martin Blank, John Cusack turns in one of the more memorable performances of his entire career, riding the line of the manic neurotic self involved guy who is looking to restart his life and also happens to be an assassin for hire. Cusack had always been a likeable leading man, but with Grosse Pointe Blank he pulled off a full fledged reboot of his career since the days of him holding a boom box over his head in “Say Anything”. Equal parts romantic comedy leading man and emotional edgy assassin, the moment of pure epiphany that has him silent when he stares into a baby’s eyes while David Bowie is a real master class in expressing genuine emotion without saying a word.  Minnie Driver matches him step for step as the love of his life that he let get away and she was undoubtedly at the peak of her popularity at this time. Cusack also shines in his scenes with Dan Aykroyd, as Cusack clearly revels in playing the straight man role making their interplay all the better. Aykroyd also bites into his role with gleeful abandon.  The supporting cast rounds out with some familiar faces including Jeremy Piven pre-Entourage, Alan Arkin, Joan Cusack and Hank Azaria but this film really begins and ends with Cusack as he melds a sociopathic hit man into a very likeable guy that you end up rooting for by the end of it all. 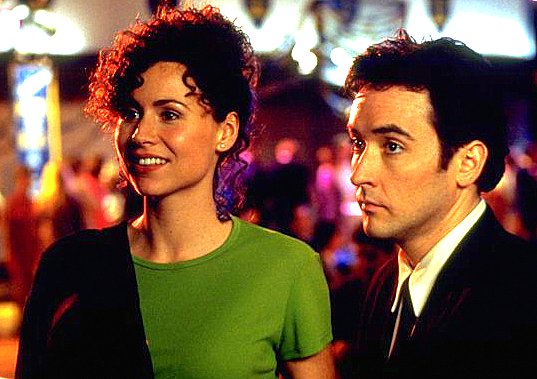 The only special feature on this release is the theatrical trailer, but given the how key the use of music is in this film, the sound is excellent and in concert with a solid HD transfer. This film looks a good as it ever did.

Ultimately, Grosse Pointe Blank is a fantastic story of redemption and keeps life in perspective no matter what your chosen profession is, and even 15 years later it is still a smart and hilarious film.

Grosse Pointe Blank is now available on Blu-Ray for rent and at all major retailers across Toronto and Canada.